July 29, 2020
I just released my AnimatedGIF library for Arduino and it contains a lot of optimizations and workarounds to perform well on microcontrollers. I thought it might be useful to document what makes it different from other GIF decoders out there. First a little background on GIF images:

Compuserve was an early internet service provider and they created an image format for streaming compressed pictures over a slow and unreliable channel (dial-up internet). Their first format (GIF87) utilized LZW compression for transmitting a single image. LZW compression is a clever way of finding and compressing repeated sequences of symbols and outputting them in a (VLC) variable-length-code stream. The GIF format treats images as a continuous (one dimensional) stream of pixels. By doing it that way, it misses out on taking advantage of horizontal and vertical symmetries. The PNG file format compresses image more effectively not just because Deflate/Inflate compression is slightly better, but also because it uses various filters to take advantage of 2D symmetry. There's nothing stopping someone from using these same filters with LZW compression, but the die has been cast and we're stuck with the standards as they are. The file format evolved to allow animated sequences of images (GIF89). A few years after the GIF file format had gained popularity on the new "World Wide Web", a new problem emerged. The LZW compression used in GIF was protected by a patent owned by Unisys Corporation. This wasn't widely known when GIF was gaining use. The existence of the patent caused a great stir when Unisys announced it would enforce it long after the GIF format had taken hold and had become the de-facto standard for website graphics. Many lawsuits were opened to try to collect royalties on the use of LZW compressed images and on the code which viewed/generated them. Many companies complied and others stopped using them or tried to transition to other image formats. The patent(s) relevant to GIF all expired in 2004.

The code required to parse the GIF file and decode the LZW stream is not terribly complicated, but it presents some challenges to run it on small memory devices. The LZW algorithm needs to keep a 'dictionary' of symbols and pixels as it decodes the data. For GIF, the maximum code size is 12-bits, so the dictionary needs to hold 4096 entries. In my decoder, I use an array of uint16_t integers for the codes and two arrays of uint8_t for the pixel runs, so this takes a total of 16K of RAM. I also need some buffers for reading data from the GIF file, holding a row of pixels and holding up to 2 color palettes. The total comes to around 22.5K. In order to make it safer/easier to run on embedded systems, I don't use malloc/free, so my GIFIMAGE structure has all of the buffers statically defined. This allows the user to instantiate the class statically or use 'new' if they want to dynamically create a copy of the class. The code runs successfully on a Cortex-M0+ with 32K of RAM, so the stack and other system variables all fit within the 32K. I assumed when writing this code that the display device would be no larger than 320x480 pixels since this will like run on Arduino compatible boards using low cost SPI LCD displays. The other challenge to decoding GIFs on a small memory device is described below.

An animated GIF contains the canvas size (overall image size) and each frame of the animation can be that size or smaller - it only needs to contain the pixels which changed. With transparent pixels and frame size adjustments, the size of an animated GIF can be reduced compared to just compressing each frame independently. This also means that the frame sequence must always be played sequentially; you can't assume that there are "key frames" to allow you to quickly jump ahead or backwards.
One of the parameters for each frame is the "disposal method". This tells you how to "dispose" of the frame after it's displayed, in preparation for the next one. For most GIF files I've encountered, this is defined as "do nothing". It can also be "revert to background color". This is easy enough to do. The difficult option is "revert to previous". This option would require the decoder to keep a copy of the previous frame image (in its entirety) to "undo" the current frame's changes in preparation for the next frame. Here's how it looks on a time line:
Revert to background
<decode + display frame N> <repaint frame N's area as bkgd color> <decode + display frame N+1>
Revert to previous
<decode + display frame N> <repaint frame N's area as frame N-1> <decode + display frame N+1>
Implementing the "revert to previous" option isn't very complicated, but it presents a major hurdle for a low-memory environment. It would require the decoder to have a complete copy of the previous frame. If we're displaying a 320x240 image sequence, that's 76800 bytes. One of my goals for this project is to have it run successfully on low-RAM MCUs like the Cortex-M0+ (32K RAM). It's not possible to support every GIF display option using embedded boards since they typically don't have very much RAM. 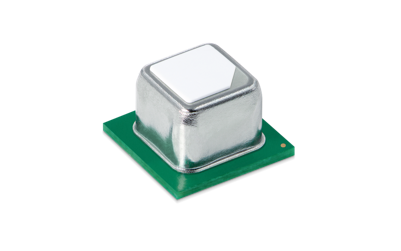 The "CO2" Project By Larry Bank Environmental sensing and air quality have always been fascinating to study. I've tested various sensors over the years that, until recently, cost next to nothing. The COVID pandemic increased my curiosity (and concern) about indoor air quality, CO2 levels, and shared air. In the past, I tried to save some money and use the "eCO2" value from several inexpensive sensors, but the results were unreliable and unsatisfying. eCO2 is an "equivalent CO2" value generated by some VOC ( volatile organic compound ) sensors. The idea is that human breath contains lots of VOCs and if you detect them, you're also detecting CO2. The flaw in this thinking is that a lot of other things generate VOCs and have nothing to do with CO2. A good example of a false positive is food preparation. Bring your VOC sensor into the kitchen when you're cooking and it will tell you that the air has a toxic level of "eCO2". I've bee
Read more